As I might have mentioned I like my video games and have sunk a good few hours into the game Dark Souls.  It wasn't to my liking at first, its a punishingly difficult game that requires a more careful approach than my usual button mashing, at some point though it clicked and I was hooked.

The other thing I love about it is the aesthetic of the game, its a medieval fantasy setting but with some unusual twists, particularly in the enemies.  I have drawn the characters of 'Smough the Executioner' and 'Ornstein the Dragon Slayer'.  These are two bosses the game throws at you to fight at the same time, its tough but the feeling when you master the timing and defeat them is pure satisfaction. 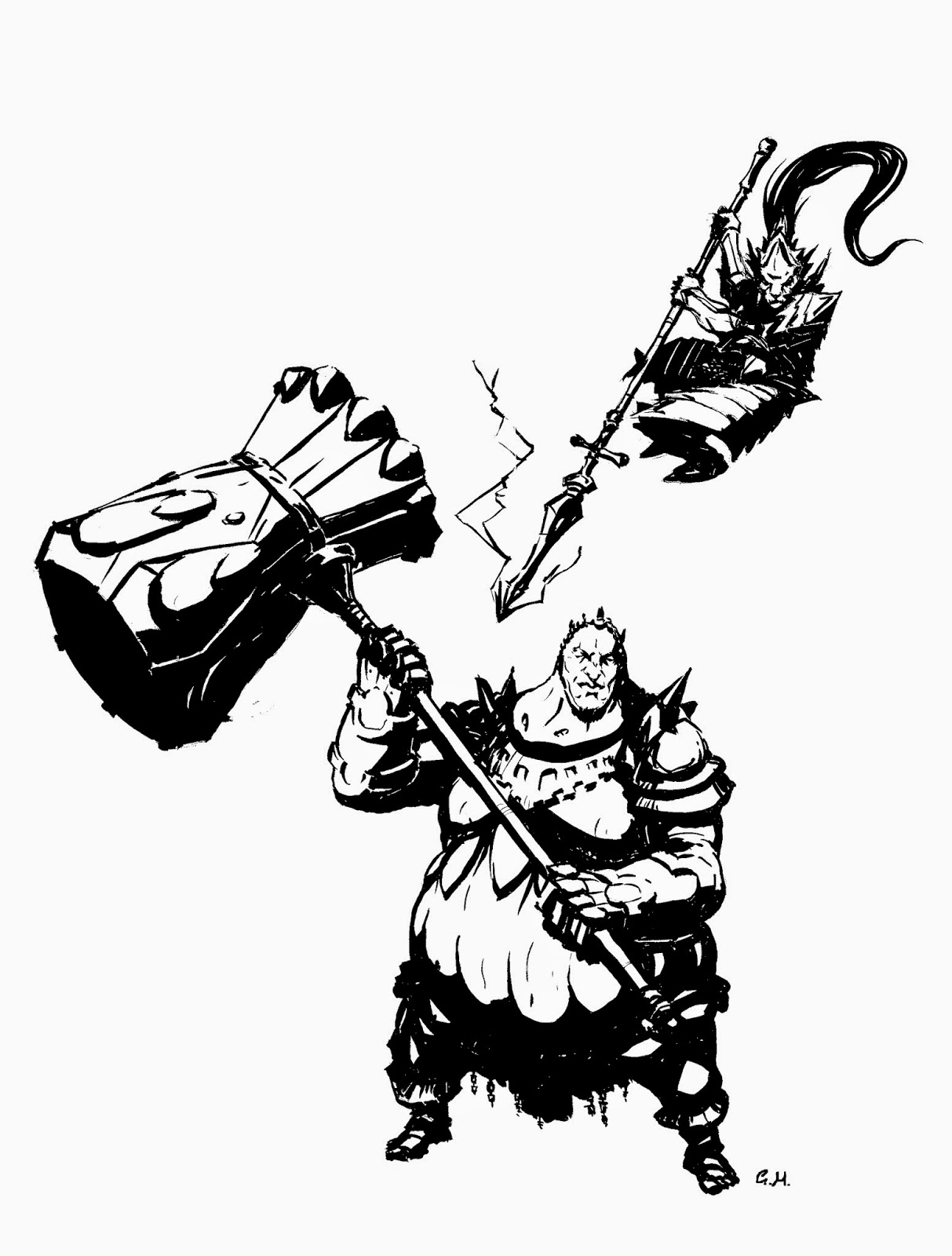